Goofing around with an idea for minimal suggestive TTRPG battle maps inspired most directly by DungeonCraft's UDT 2.0 and the range bands from FATE Tachyon Squadron.

"Surely, if D&D players can imagine dragons, they can imagine walls."—Professor Dungeon Master

... and if it was good enough for The Prisoner and Batman '66 and black box theatre ...

Also, UDT 2.0 incorporates the ICRPG Banana as zones, which are included in these as well.

In map 2, I have four sets of circles instead of three; and those total of sets  would roughly match a Johari Window of threats: visible-known in the large circle set in the center, and three smaller circles for tracking hidden-known, blind-unknown and unknown-unknown areas ...

Map 3 is a bonus old combat range bands graphic that I created for an actual play series using the SWRPG system.

Map 4 is a terrestrial or space naval map which uses the old relative positions for where other vessels appear, and on close, near and far range circles.

Map 5 is a mini sub hex crawl map which can be used to create hex or point crawl highlights, perhaps as a detail for a larger map, or just a stand alone. For me, I'd either use each hex as a 2 mile sub hex, for  6 mile hex, that maps to a larger hex grid. Or, I'd simply use each of the 7 hexes as points on a point crawl, and treat them as concept control instead of territory control. Comes with light and dark lines, with and without center dots.

One could place minis and/or threat timer dice wherever is appropriate, for example having several threat timer die represent pings on the edges of a scanner screen, generally with the players in the center, and the rest of the circles representing creatures and threats that are at various distances and various statuses.

Maps are provided as large PNG files that you can print to whatever scale you like. Versions of the maps with and without labels for circle sets are also provided.

If you use or remix these, let me know and what you think! 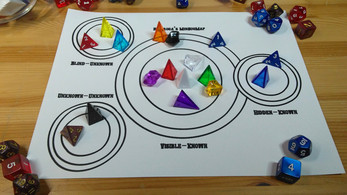 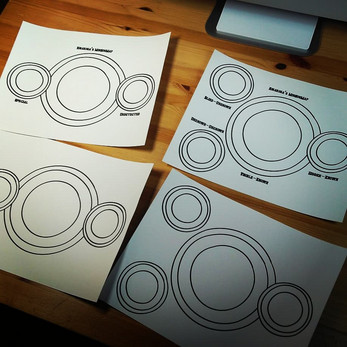 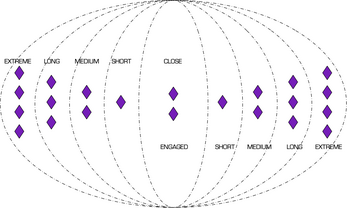 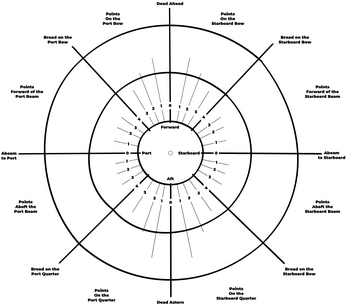 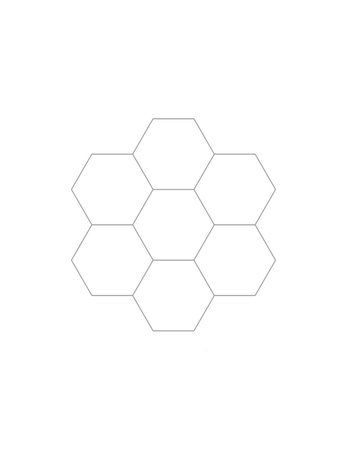